Better Skips is a family-owned and operated waste management business. We are a father and son’s team that is passionate about recycling.

Skip Bins are well designed and durable containers which are used to load on Lorries with special open tops.

When it comes to bin hire in the eastern suburbs of Melbourne, nothing beats Cheaper Bin Hire. Family-owned for over two decades, we have been proudly hiring out the best bins for your household waste management needs.

All West Bin Hire caters to both residential and commercial waste management in Melbourne’s western suburbs.

Skip Bins Now was founded out of the need for a high quality skip bin hire and rubbish removal company in Melbourne’s Northern and Eastern suburbs.

We aim to make your life less cluttered and simpler to manage. With a full range of rubbish removal skip bins.

At Metro Skip Hire in Southeast Melbourne, we provide cart large skips and bins and can deliver them wherever you require as part of the service.

D.C Bin Hire Pty Ltd was established in 1996 and is solely owned and operated by Don Santalucia, with the help of an experienced team

Bill Bin Hire aims to bring you the best possible service at affordable prices. We offer services for skip bin hiring in Melbourne.

SKIP BIN EXPERTS is an Australian owned company who has been handling waste management from last 3 years. We have been dealing with green waste management in a revolutionary way, keeping in mind environmental safety as our priority.

Are you looking for a premium skip bin hire service Geelong and the surrounding areas can provide? Are you looking for prompt service to maximize the value of your private and commercial spaces? Then you came to the right place! Industry Top 5 can help.

Save Time, Effort, and Money

Just imagine the tremendous value that you can get from prompt delivery of skip bin hire Geelong services. With the narrow list of the most trusted skip bin hire Geelong, and the surrounding suburbs can provide, you can save time, effort, and money to select the ideal service possible. Combined with all the relevant information through this site, you can’t lose.

We believe in simplifying selecting the ideal skip bin hire to cater to our customers’ needs promptly. Through our easy-to-use site, you can get all the information you need and the other essentials to make an informed decision. Best of all, you can do all of these for FREE!

Along with the more straightforward selection process our customers can use this site, we made it a point to make it easier to use this site more than from other means.

Genuine customer feedback is a vital piece of information we provide our customers to choose the ideal skip bins Geelong and the surrounding areas can provide.

We made it simple by providing you with a curated list based on this essential information. Combined with the relevant information you can get through this site, you will have no problems making a confident decision.

Industry Top 5 are experts in the waste management industry. And we know what commercial and private clients need when it comes to rubbish removal and waste hauling service. Our narrowed list of the most trusted skip bins hire in Geelong and surrounding areas have combined with the ease of acquiring the information you need is essential in making an informed decision. Make sure to choose the most trusted business to provide your skip bin hire needs on our site. Don’t take any chances.

Industry Top 5 are experts in the industry. We researched hundreds of businesses throughout Australia to provide you with a narrowed list of the most trusted skip bin hire Geelong, and the surrounding areas can provide.

Going local will save on cost substantially. But aside from giving you the choices of the nearest skip hire services available, you can get tremendous value from getting the best.

If you are looking to maximize the value of your workspaces, whether for private or commercial purposes, a skip bin hire service can help you keep these clean and safe to allow for unimpeded work. These professionals know their customer’s needs, especially for local clients. Not only will you save on cost, but their prompt service can save you more money. You can rely on these skip bin hire Geelong service providers to deliver you the job you require, from small house additions to significant construction projects.

Industry Top 5 are experts in the waste management industry. We did the hard work of researching hundreds of skip bin hire businesses throughout Australia to provide you with a narrowed list of only the most trusted skip bins Geelong and the surrounding areas can provide. These experienced professionals know their clients’ specific needs. The best thing is the ease of reaching them with a few simple steps. Just fill out the contact form, and the most suitable skip bin hire Geelong services, will send you their obligation-free quotes and get in touch with you as soon as possible. If you require same-day skip delivery, you can rely on a skip bin hire consultant to take prompt action. 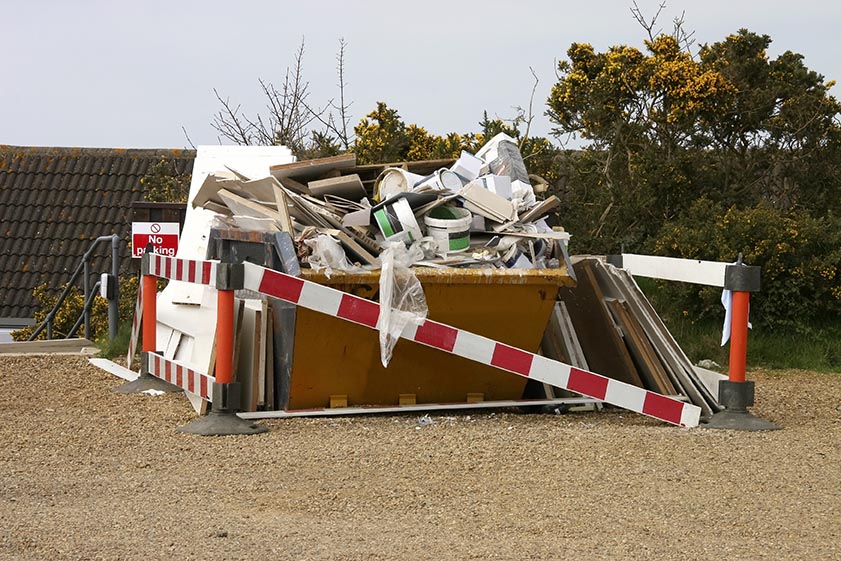 The value given by professional and experienced local Skip Bin hire services goes beyond rubbish removal of different waste types such as food waste, green waste, commercial waste, and general waste. They can add value to your commercial and private space by making it clean and safe. With a clean and safe workplace, the work you require will continue unimpeded, thereby maximizing your productive time. Local skip bin hire services know the regulations. You don’t have to worry about violating any regulations when disposing of waste. There are other benefits and services these skip bin hires can provide you.

Skip bin hire companies are responsible businesses. Their work doesn’t end with rubbish removal and hauling. Most of these companies send the waste to recycling facilities, thereby helping save the earth’s resources and help reduce landfill requirements.

What can be handled:

What can’t be handled:

What can be handled:

What can’t be handled

To help you determine how much your requirements would cost, you need to consider the price per square metre. The cost covers the rent of the skip bin and the driver’s labor cost. The average rate of hiring a skip bin based on bin size is $75. Or, if you consider Skip hire and removal cost combined, the cost is $55 per cubic metre to $89 per cubic metre.

Its tourist season and the amount of requirements to remove rubbish is urgent.

We need an assortment of wheelie bins, small bins, big bins everywhere and they shouldn’t be lying around for long so we demand skip bin hires to be here to drop the skips and pick them up on the double. Sites like these are very useful if you have this kind of demands to free people like us to think about many other things. Try it guy, you won’t be disappointed.

5 out of 5
Oscar FinnSurf Coast

If you are in the restaurant business for years especially if you are serving seafood, handling food waste is an urgent matter.

Especially here when there are lines of restaurants requiring this. Fortunately, one of these business owners use the Industry Top 5 site and all I had to think about is the schedule where we can haul out all the food waste we generate every hour mind you. If you want fast service with nothing to worry about, just check out this site.

5 out of 5
Harald GravesendSurf Coast

I had my house additions done just a few months ago.

If you have a narrow yard and overlooked the not-so-small matter of getting skip hires along with your builders, you are into a lot of trouble. Best thing with this site is all I need can be found here if you want house renovation work and supporting services along with it. I was even able to park my car and live in the house while the work was going on! Awesome!

5 out of 5
Alan XerriSurf Coast

If your looking for great servcie and a great price, Metro Skip Hire is the answer.

If your looking for great servcie and a great price, Metro Skip Hire is the answer. Our business needs fast turn around times for on site bins and Metro Skip Hire accomadated us extermely well. Great work. Highly recommend.
5 out of 5
RichardGeelong

This has been the best skip hire experience we have had in Melbourne.

This has been the best skip hire experience we have had in Melbourne. Friendly service and easy to book, prompt delivery and pick up. We hired a hardfill/mix bin and it ended up being great value. The drop off and pick up drivers were so friendly and helpful – honestly could not fault the service at all and they will definitely be my first call when we need a skip bin in future. Thank you.

Had a great experience using All Over Bins.

Had a great experience using All Over Bins. Something came up and we needed the bin collected earlier due to OH&S issue caused by a member of the public. The staff at All Over Bins were great, understanding and were able to arrange for an earlier pick up so that I could leave the site knowing everyone was safe. Thanks again.

Geelong is a port city of more than 200,000 people located to the southwest of Melbourne. As of November 2021, Geelong is the second biggest city and second-fastest-growing city in population in Victoria. It is also known as the “Gateway City” because of its strategic location to surrounding regional centres such as Ballarat in the northwest, Torquay, Great Ocean Road, Warrnambool in the southwest, Hamilton, Colac, and Winchelsea to the west. Geelong provides a transport corridor between these regions and Melbourne is located to its northeast.
Geelong, its countryside, and its surrounding coastline attract many tourists, attracting 6 million visitors a year. Many tourists flock to Geelong the most in summer and early autumn. The most attractive tourist destinations are the Museum of Play and Art (MoPA), the Geelong Waterfront and the Royal Geelong Yacht Club, Eastern Beach, Geelong Botanic Gardens, National Wool Museum, and discriminating shoppers Geelong Vintage Market. You can revisit Geelong’s rich history with a visit to the Old Geelong Gaol, Bellarine Rail Trail. Geelong also has cultural landmarks such as the Geelong Art Gallery, highlighting its rich cultural scene.
Geelong has a number of shopping precincts in the CBD and surrounding suburbs. The most notable shopping centres in the CBD are Westfield Geelong and Market Square.
Along with its population, the economic growth is also booming, highlighted by having meagre (and dropping) unemployment rates. Despite the closure of Ford’s Australian manufacturing base, and the decision made by the Royal Dutch Shell fuel corporation to close its Geelong refinery, Geelong’s economy still remains vibrant and growing. Geelong still has more than 10,000 businesses that employ over 80,000 people in Geelong and surrounding towns and cities. The most significant proportion of employers in the Geelong area belongs to manufacturing and processing industries providing 15,000 jobs, followed by retail and the health sectors in that order. 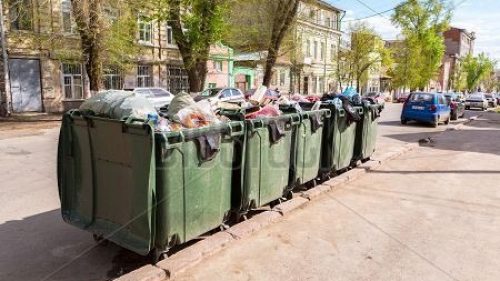 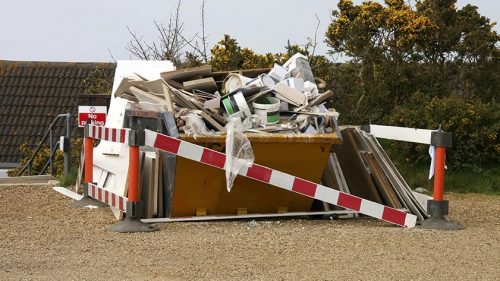 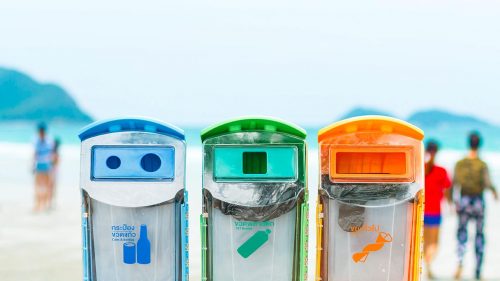